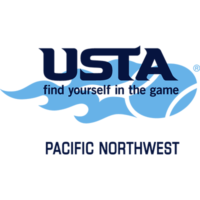 The USA Tennis Affiliation Pacific Northwest is bringing the grownup 55 & over and combined 18 & over USTA League part tennis championships to Snohomish County beginning this week.

“We’re very excited to have Snohomish County be the host web site for 2 of our part championships,” stated Adam Hutchinson, USTA Pacific Northwest Director of Competitors. “On the heels of a profitable Fed Cup (now called the Billie Jean King Cup) in February of 2020, it’s apparent that Snohomish County is captivated with tennis.”

“The chance to host these USTA Pacific Northwest Tennis Part Championships is a big win for Snohomish County,” stated Tammy Dunn, Snohomish County Sports activities Fee govt director. “We stay up for welcoming the tennis gamers and their relations and cheering them on.”

Signal Up for Our Every day MLT Publication